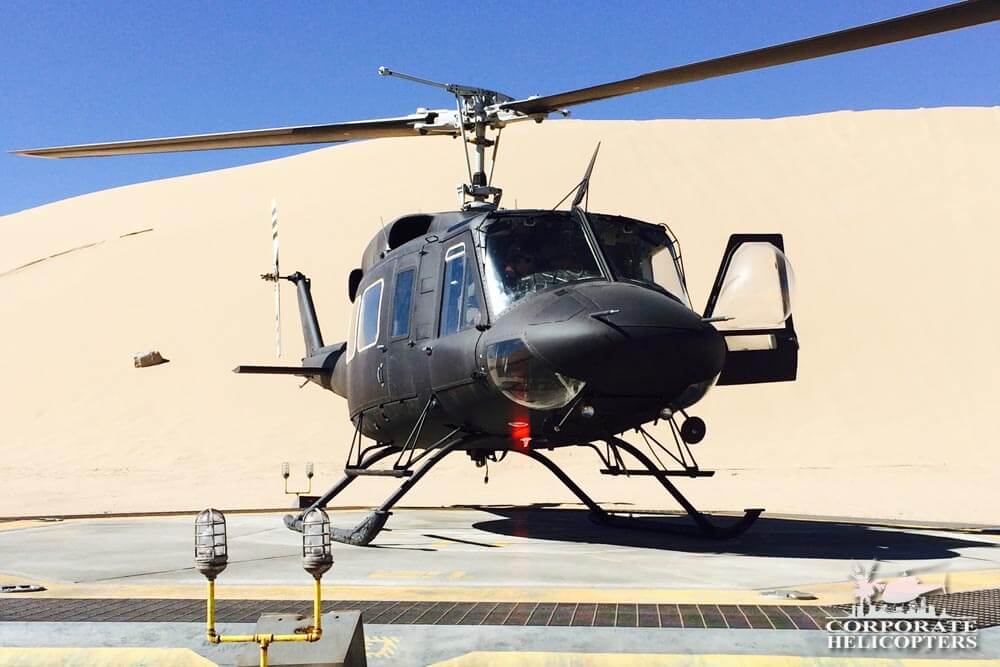 Ivor Shier, SAG Pilot and President of Corporate Helicopters was a part of the crew for the sequel to “Maze Runner”, “Maze Runner: The Scorch Trials“, which begins after having escaped the Maze, the Gladers now face a new set of challenges on the open roads of a desolate landscape filled with unimaginable obstacles  The movie was a big success at the box office this year and forecasted to gross over $200 million in Worldwide sales.  Ivor was Aerial Coordinator and Camera Helicopter Pilot for the film.  He managed details, secured the right helicopters for the job and was able to provide the details in the helicopter action behinds the scenes.  One of the helicopters was Corporate Helicopters’ AS350B2, which was rigged with a Spacecam Gyro Stabilized Camera System operated by Mike Kelum, it filmed different locations around Albuquerque, New Mexico.

Ivor also brought in a local New Mexico pilot, Ted Stallings with his Bell 212 Helicopter.  Corporate Helicopters’ Vice President of Maintenance, Michael Duncan hired a local crew of painters in Albuquerque to peel paint the helicopter black for the movie.  This helicopter was used during night scenes, where Ted and Ivor filmed in the San Dunes – the footage was later transformed for the big screen!

“Being involved in this movie was a combination of working with a terrific crew, flying action scenes, hot & humid weather and long days.  It’s awesome to see the movie become a success at the Box Office!  Thanks to a terrific film crew including Stunt Coordinator, George Cottle and Production Coordinator, Tammy Allen – they made my aerial team’s job a real pleasure and I look forward to more film projects in New Mexico”, Ivor said.

Maze Runner: The Scorch Trials is showing at now at a movie theater near you.  Check local times and to watch the movie trailer now!

Live Entertainment for the Crew of Blue Planet Live
September 3, 2019

Demo Helicopter Flights for the Shotover B1 Camera
August 27, 2019

Rappelling from a Helicopter for a Hotel Event
August 13, 2019
Latest posts
The perfect gift