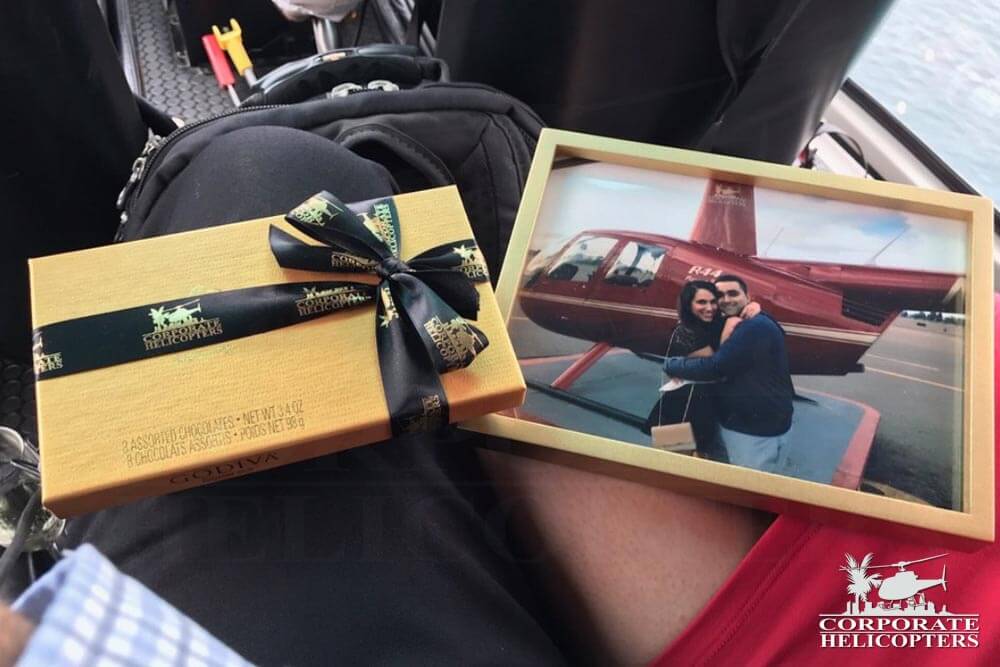 Sam and Carolina’s first helicopter tour in San Diego was in 2014 when they flew with Corporate Helicopters on a 30 minute ‘Diego Delight’ aerial adventure, which flew them over Southern California’s best attractions.

Fast forward 5 years, Sam contacted Corporate Helicopters to start planning his marriage proposal to Carolina. He decided to take the flight to the next level and booked a helicopter charter from San Diego to Orange County.

As she arrived, Carolina thought they were taking another tour, but as the boarded the Astar Helicopter, they took flight and landed by the Montage Hotel – where Sam proposed overlooking the ocean.

The entire experience was beautiful, spontaneous, and seamless according to Carolina. “Best proposal in the world and I’m the luckiest girl on the planet!”, she said.

If you are like Sam and want to create an amazing, unforgettable marriage proposal, contact us to plan your perfect moment!