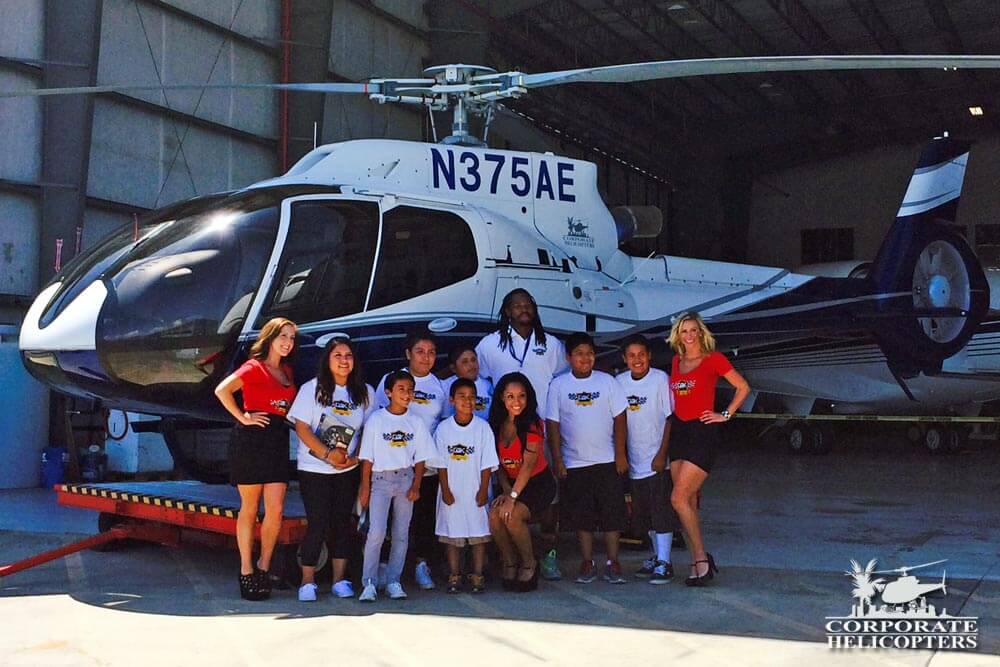 On September 6, 2014, Corporate Helicopters captured aerial photos of the “parade of cars” by helicopter and provided a static helicopter display during the C4K “Cruise for Kids” Sports & Exotic Car Rally in San Diego.  130 cars started their engines at the Coronado Ferry Landing cruised 40 miles to Jet Source Jet Hangar in Carlsbad, CA. This high end rally raised money to benefit the Boy and Girls Club of San Dieguito.  We were proud to be a part of such an exciting event!