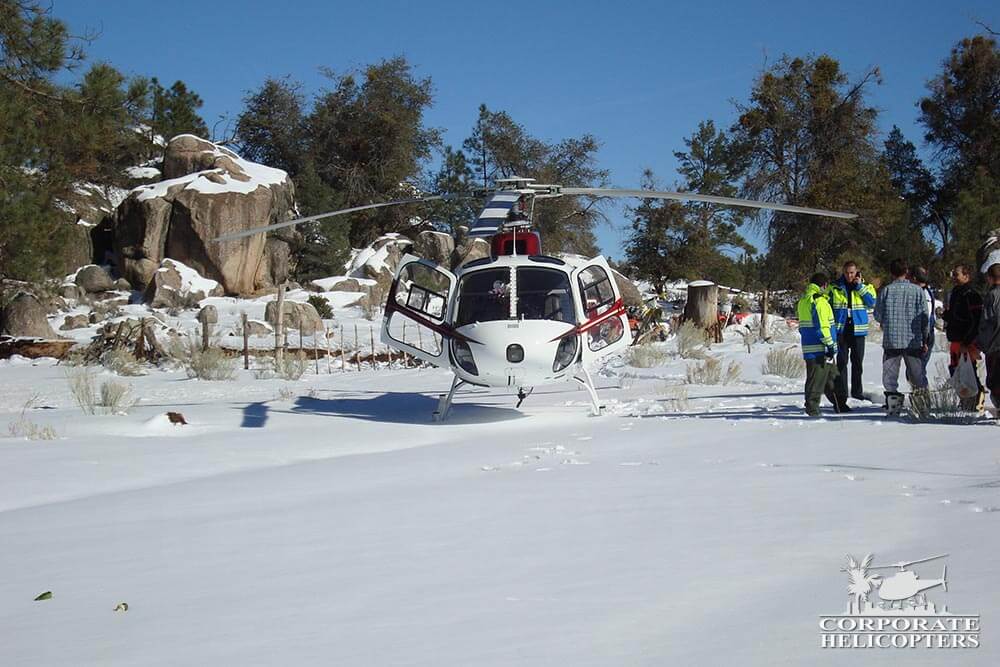 This is a flashback post, mostly because we didn’t have a blog on our site when this all happened.

In early 2010, Corporate Helicopters was contacted by the Gobierno de Baja California to assist in a search and rescue operation in Mexico.

Nine American motorbike riders had been on a tour in the Sierra de Juarez Mountains of Mexico, when they encountered an unexpected snowstorm.

Once trapped in the snow and out of fuel without camping equipment, the group found a cabin and lit a fire to stay warm for the night.

In the morning, a rescue operation began by land and air. Two of the riders set off to find help, and Corporate Helicopters pilot Joe Koller (flying an AS350 B2 AStar) located motorcycle tracks in the snow that led him to the lost riders.

The bikers were then transported by helicopter to La Rumorosa for a medical examination and food.

The rescued riders were all experienced motorbike riders who had previously participated in off-road races such as the Baja 1000 and Paris-Dakar rally.

Sky Diving from a Helicopter to the USS Midway
October 15, 2022