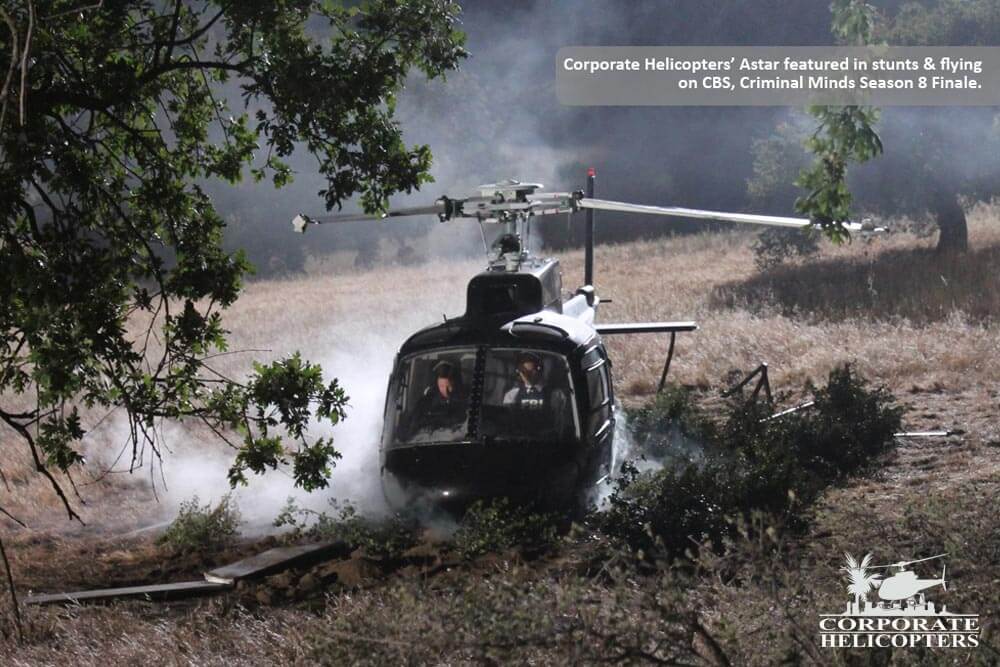 The 2013 Season Finale of Criminal Minds recently aired on CBS and we are excited to announce SAG Pilot, Ivor Shier was a part of the action!

Aerial filming at night included working along with actors on landings and take offs, air-to-air sequences, and landing on a private ranch where they simulated a crash.

Rappelling from a Helicopter for a Hotel Event
August 13, 2019