Captain America holds down an Airbus AS350 helicopter 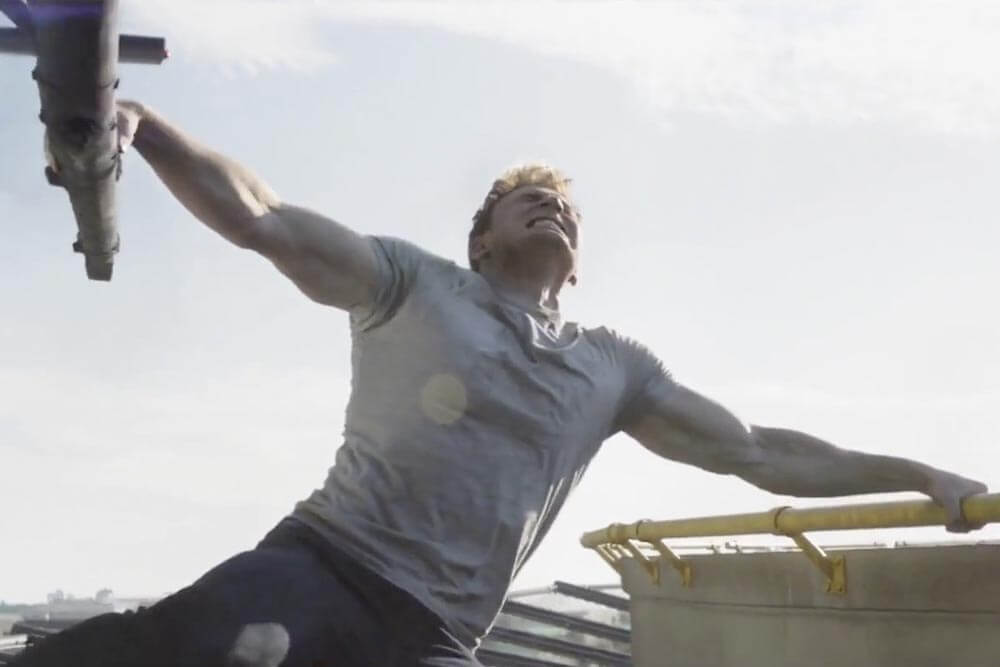 We didn’t have anything to do with filming this movie, but we love the scene in Captain America: Civil War where Captain America stops a Airbus AS350 helicopter from taking off – using nothing but his bare hands.

Common sense would tell you that this would be an absolutely impossible feat for any normal human – but hey, we’re talking about Captain America here!

Just how strong would Captain America need to be to do this?  Nerdist.com recently posted about how much strength it would take to bicep curl a helicopter.

It turns out that Captain America would need to be about 10x stronger than the average person:

The helicopter that Bucky commandeers looks to be an Airbus AS350, or AStar. According to the technical specifications for these helicopters, the lifting capacity — how much weight the helicopter could have hanging from it or in it during takeoff — is somewhere around 3,000 pounds. Captain America would have to “lift” more than this in order to keep the helicopter from moving and then pull it towards him.

We could test this (as we have three AS350‘s in our fleet), but sadly Captain America is not currently an employee, and our maintenance and parts department has informed us that we do not currently have any metal arms in stock.

But yeah, don’t try this at home.

Sunset Through a Helicopter
October 19, 2020