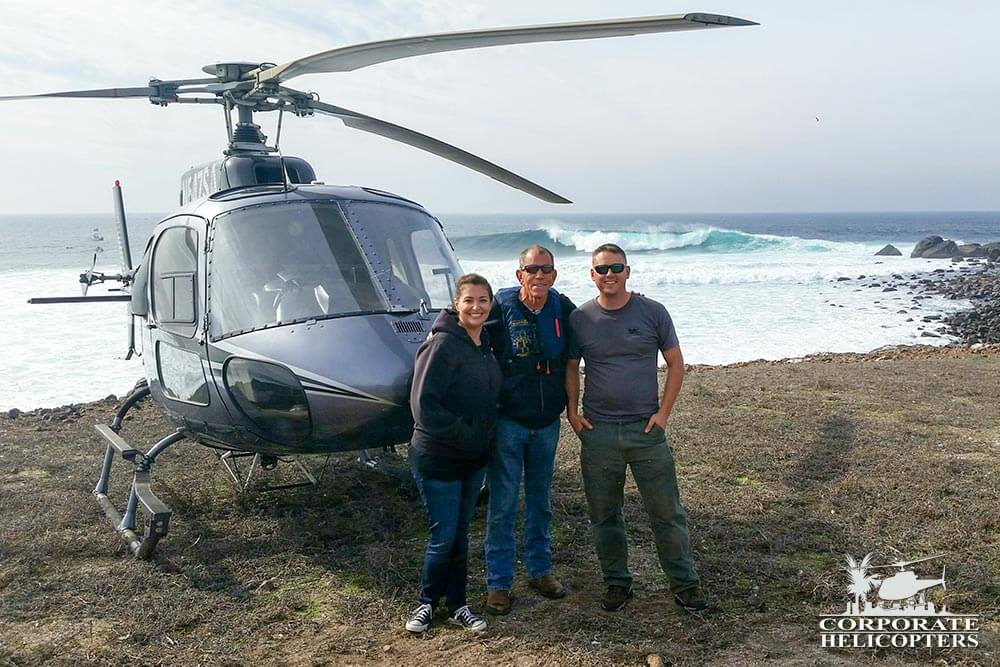 This story was originally posted on February 9, 2016.

Todos Santos is a small island 9 miles off the coast of Ensenada, known for a big wave break called “Killers”.

Corporate Helicopters flew three of our fleet helicopters for the project.  The first Eurocopter Astar was used to haul production equipment and supplies from Ensenada to Todos Santos Island. A second Astar transported the production crew to the Island.  Finally, a Bell LongRanger rigged with a Cineflex Elite Camera System was used for aerial filming of the competition.

​This was the first time World Surf League had utilized helicopters for transporting broadcast equipment and crew for the set up of a surf contest. Due to the rugged rocky shoreline and rough ocean conditions it was too rough to get the equipment and crew to the island by boat so the helicopters were a “must have” for this mission.

Congratulations to surfer Josh Kerr, winner of this year’s competition.

Sky Diving from a Helicopter to the USS Midway
October 15, 2022